1979 marked the first year of the Bill Walsh-era for the San Francisco 49ers. It was not only a new era for the franchise, which up until this point had been known as the Generals to the Dallas Cowboys' Globetrotters, and had not recovered since losing in heartbreaking fashion to the Cowboys in the 1972 playoffs. It was OJ Simpson's final season in the NFL, and the Niners started the long road to respectability with a 2-14 mark in their first year w/ Walsh. Steve DeBerg started at QB and threw for over 3600 yards and 17 touchdowns, but spoiled it with 21 interceptions. Future key contributors Joe Montana, Dwight Clark, Ray Wersching, Lenvil Elliott (see, The Catch), and Dwight Hicks all saw action this year...providing a foundation for future years. The franchise finished 7-9 against the Spread, including 4-3 as a home dog.

Ahmad Rashad and Tommy Kramer team-up to give the 49ers their first of 14 losses in year 1. The officiating assisted. The call was so bad the 49ers tried to protest the game, like they do in Major League Baseball.

A long ways away from the catch...the Cowboys hold off the youngsters at the 'Stick.

97 degrees on the field...Pat Haden leads the Rams to victory

Archie Manning drops 355 on the Niners in SF as Dick Nolan gets a measure of revenge against his old squad. 0-4 for the Niners...2 td's and 3 picks for the one-armed DeBerg.

Full-game replay, Dick Stockton and George Allen talking to the booth is top notch. Watching Orenthal limp around: no.

This game was much closer than the final score indicates. A wild offsides penalty on a missed San Diego FG in the 4th led to new life for Fouts and Winslow. A touchdown pass later, it was 24-9, and as  Allen and Stockton stated after the extra point "that'll about do it for this one". The Niners coughed it up one more time, the Chargers tacked on one more with 8 seconds left, and it was on to a home game vs Seattle.

Ray Wersching led the game off with a tone-setting tackle on the kick returner...Steve DeBerg threw for 306 yards...and a bone-headed interception that changed the tide against the home team. The Seahawks had 4 touchdowns on the ground, and the Niners were now 0-5. Marv Albert and and former Bronco Mike Haffner (who has apparently dropped off the face of the earth since) with the call.

Phil Simms throws for 300 yards and everyone talks about how much they hate Joe Thomas. Joe Montana continues to learn from the sideline.

Bill Walsh gets his first win as NFL head coach. Freddie Solomon rushes for a touchdown, Paul Hofer rushes for 2 more, and Joe Montana completes a pass for negative 8 yards. Literally no highlights exist for this entire week 8 on the internet, like they wanted to hide Walsh's first win.

The defensive secondary lets DeBerg down again...and the Niners miss an opportunity for their first winning streak in the Walsh-Era.

Bob Costas and Roman Gabriel behind the mic on CBS (really) as Kenny Stabler and the Raiders battle DeBerg and the Niners. The Niners drop to 1-9, and continue to invent ways to beat themselves.

Chuck Muncie rumbles for 3 touchdowns, and Archie Manning and the Saints sweep the season-series.

Yet another missing game/highlight reel, yet another loss. And this is kind of a big one: Joe Montana's first NFL touchdown pass.

Vince Ferragamo and the eventual NFC Champions , aided by future 49er-champions Hacksaw Reynolds and Wendell Tyler (and some horrific officiating) pull away in San Fran. Nelson and Hornung on the call is great stuff.

Week 15 vs Tampa Bay
Another win that is literally MIA on the internet. 2 wins for Walsh, no highlights, no replays. That West Coast bias is real and ever-lasting.
Week 16 @Atlanta
Walsh's freshman year 2 wins, 14 losses,  and OJ's swan song (2 rushes, 12 yards) come to an end in HotLanta. 3 turnovers negated 449 yards of total offense. Despite the 49ers 2-14 record, they finished the season 7-9 Against the Spread...an indicator that their level of play is starting to tick upwards. While still two seasons away from a Super Bowl, the seeds were planted.

Missing Games, Highlight Reels: Season recap, weekly games not shown above. (IF YOU HAVE COPIES OF ANY OF THESE GAMES, CONTACT US ON TWITTER)

On the morning of the NFC Conference Championship 49ers Ty Alston sat down for an interview with long time 49ers sports reporter Matt Maiocc... 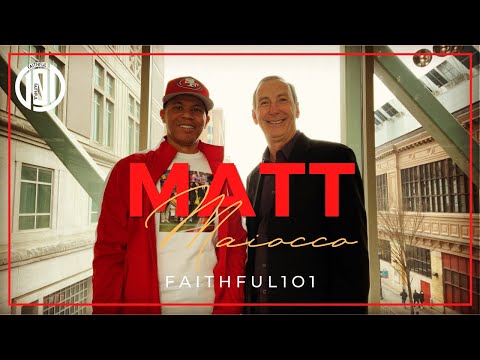